Cardano 101: What is a Cardano native token or asset? + What it means for the $USDA stablecoin

Cryptocurrencies (coins and tokens) are the backbone of any public or decentralized blockchain network.

These are the digital assets that give blockchain developers a way to provide needed services for users through DApps (decentralized applications) built on a particular blockchain. These days, there are popular DApps for DeFi (decentralized finance) and NFTs (non-fungible tokens), among many others.

A blockchain’s native cryptocurrency/coin or other token types for DApps built on that particular blockchain are ultimately what highlight the useful benefits for its users.

From fungible tokens that allow for decentralized voting and governance to NFTs that express the uniqueness of a particular digital creation, cryptocurrencies can represent almost anything in a digital format.

But not all cryptocurrencies and their blockchains are identical.

There are different ways to technically design tokens and the Cardano blockchain has developed a unique approach for tokens based on its network; these tokens are also considered native to the underlying Cardano blockchain protocol.

Let’s dig deeper into what this means and its implications, especially for $USDA, the first USD-backed stablecoin for the Cardano ecosystem.

Most blockchains use smart contracts to create tokens for projects built on their blockchains.

This means that a public blockchain’s ledger or network is unaware of what tokens are. Instead, it only processes the computations of the smart contracts when these are called upon.

In this context, the balance displayed by a particular crypto wallet is not something the blockchain network is tracking.

The smart contract that created the tokens tracks the balance, and the underlying blockchain in general doesn’t understand what any of these assets are. 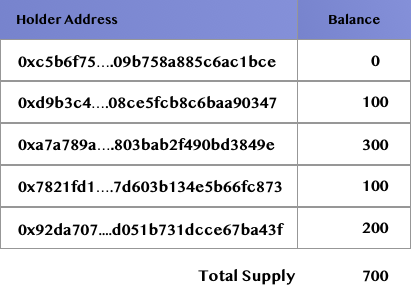 In the smart contract of a token, there is a data structure called a map.

In it, two pairs of information are linked together, as one or “the key” is used to retrieve the other, which can only correspond to a unique “key.”

So, the smart contract tracks a wallet address as the “key” while the balance is the piece of information tied to the “key.”

In short, the blockchain network doesn’t understand what tokens are.

Cardano tokens are native to its blockchain

A different approach to allow tokens to exist in a decentralized blockchain network is to make them native.

In this case, the blockchain itself has a concept, and functions to mint other assets besides the main underlying cryptocurrency of the blockchain.

This type of blockchain is also called multi-asset because of this design feature.

In a blockchain with native tokens, the underlying blockchain network itself tracks the balances and transfers of the different token types built on its network.

The blockchain can understand the other tokens built or issued on its network. When one is sent to another wallet address, the record of that transaction is part of the history of the blockchain network itself.

For this reason, native tokens can move and behave basically in all the same ways the main cryptocurrency of the network does.

Additionally, the blockchain itself can understand what these other tokens moving around are, so their behavior is predictable when it comes to the fee of the transaction and the way they modify the state of the blockchain network.

Cardano stablecoin $USDA is a native token and why it matters

$USDA is the first fiat-backed stablecoin in the Cardano ecosystem.

To understand the beneficial effects of this design choice, let’s use the example of $USDA, the first USD-backed Cardano stablecoin scheduled to launch in Q1 2023.

USDA will be a native token to the Cardano blockchain that is backed 1:1 by real-world reserves. It’s meant to be a stable asset that can unlock fast global transactions without legacy banking and payment infrastructure delays.

Read more: 5 stablecoin use cases for the Cardano community

In blockchains that use smart contracts to represent tokens, users are at the mercy of the fee costs of the network. If a network is highly congested, the fees for using the blockchain will climb and price out more and more users further reducing the use cases of the network and removing active users.

This is particularly dangerous for stablecoins. A stable asset losses its role as a means of payment the more expensive it is to transfer. If a user has to pay for a service costing 50 $USDA, but the transaction fee itself costs 29 dollars, the user would most likely not make such a transaction.

But in the case of $USDA, it is a native asset.

This means that there is no need to compute a smart contract when transferring it. For this reason, the fee for that transaction is always stable and predictable which means that users can move small amounts of USDA to pay for things, and developers don’t have to worry about expensive fees reducing its utility.

Smart contracts can also be malicious or poorly secured, introducing risks for developers and users. The code of a smart contract is fully mutable which makes it a big source for possible attacks or exploits. For DApps that use stablecoins, this is a major risk that again reduces the utility of a stablecoin.

As a native asset, $USDA doesn’t require a smart contract. The attack surface is vastly reduced when the Cardano blockchain understands what tokens and other assets are. The security of the base protocol is extended to the tokens, so users can be sure that $USDA is secure, while developers can model for its predictable behavior.

Native tokens were a major design choice for Cardano and one of its strongest features in addition to its eco-friendly technology. This required some major research considerations, as other multi-asset ledgers were not in existence when Cardano was in development.

But the advantages native tokens bring are clear and their increased utility can be seen in how they make the USDA stablecoin a better asset, especially for Cardano-based DApps and ada holders.

USDA, Cardano’s first USD-backed stablecoin for the ecosystem, is scheduled to launch in early 2023 and bring value to Cardano’s Web3 ecosystem of decentralized applications.

It will be the first product from the “Anzens” suite of fintech products from EMURGO.

Join the waitlist now at https://www.anzens.com to be ready for $USDA.