Greetings from EMURGO Academy, speaking to you through the EMURGO Academy in Project Catalyst Newsletter.  Most people know us as EMURGO, one of the co-founding entities of Cardano.  Although we are part of it, the Academy is one of its divisions, sharing with all of them the mission that from the beginning was conferred to our parent company: to promote the adoption of Cardano, bringing its technology closer to the solution of society's most pressing problems.

This may be what we look like in the web3 world: 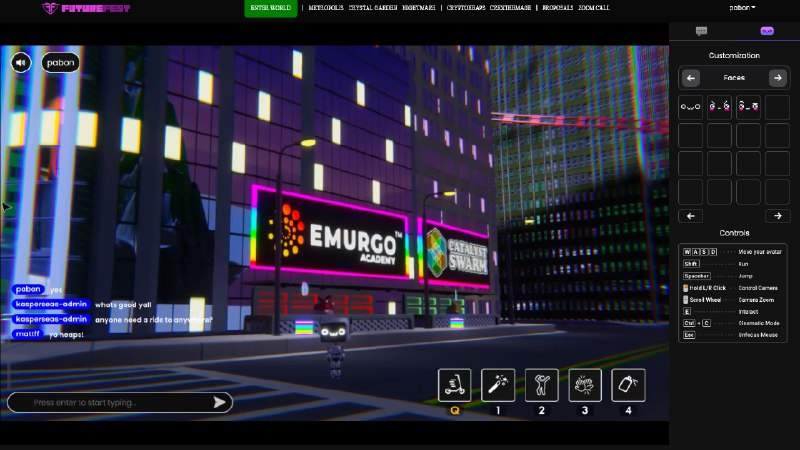 But our reality is this: 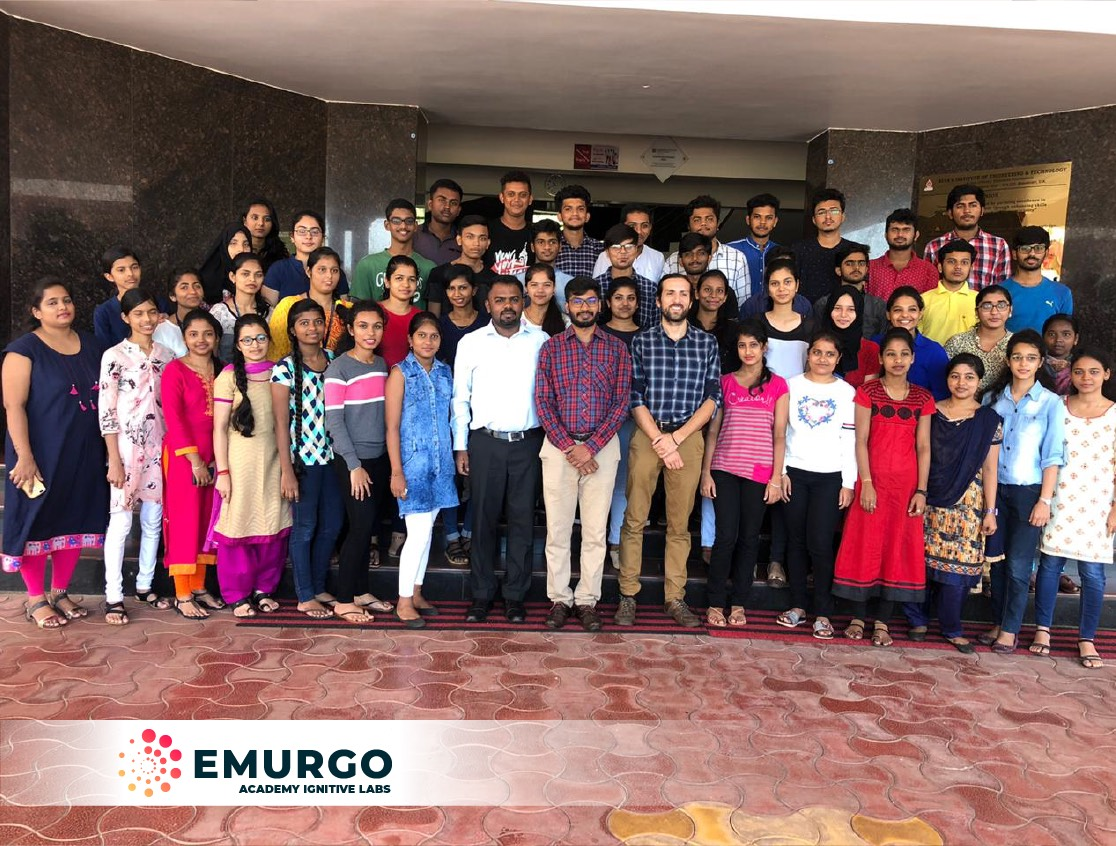 Some of our beloved students

We get up early in the morning to work for a purpose greater than ourselves: our students and their right to contribute to solving the problems of the world we all live in, while providing a better life for their families and their own communities. As Academy, our tool is the education, a tool that builds bridges to a better future.

Cardano Hackathon in Argentina: EMURGO Academy was an official sponsor. 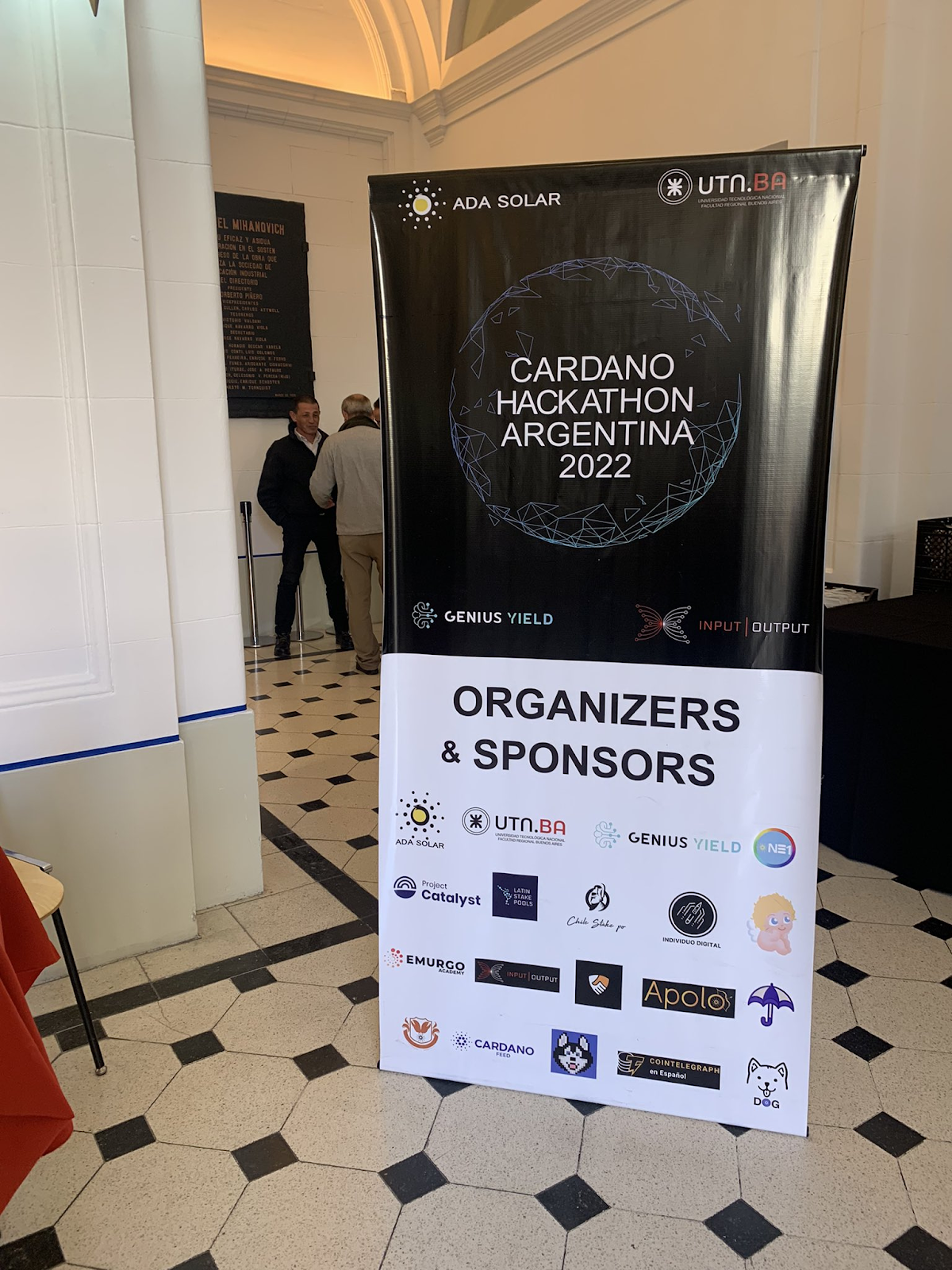 The Cardano Hackathon in Argentina, an academic event organized by ADA Solar (a Latin American project funded by Project Catalyst that aims to build the first physical Cardano solar park in the medium to long term), was held in Buenos Aires during the weekend of September 3-4.  It brought together a varied selection of participants (Dr. Lars Brunjes, Genius Yield, IOG, anetaBTC, TosiDrop, Hosky, Apollo, Innovatio, Individuo Digital, Latin Stake Pool, Cardano Feed, Cointelegraph, LATAM Community, RootsID, Tango Crypto, Aldea, Topo Labs, RatsDAO, Apprentices, Token Allies, World Mobile, Snapbrillia, Tx Pipe, ADA Link, Atix Labs) among which two in particular stand out:  the students participating in the Hackathon and the National Technological University (UTN).  In addition to the interest and impact that Cardano's blockchain technology can have in a fertile region for its implementation, this event highlights the way in which local Universities can engage with a project like Cardano, of global magnitude, doing what they are designed to do: embracing their students and their spirit of learning and exploration, with an open mind and willingness to address new topics and partnering with organizations that are in line with the principle of facilitating access to quality education, education that provides the right to participate in the creation of a new future. Undoubtedly, one of the partners that can be assigned to that category is EMURGO Academy, as we were honored as official sponsors of the event. 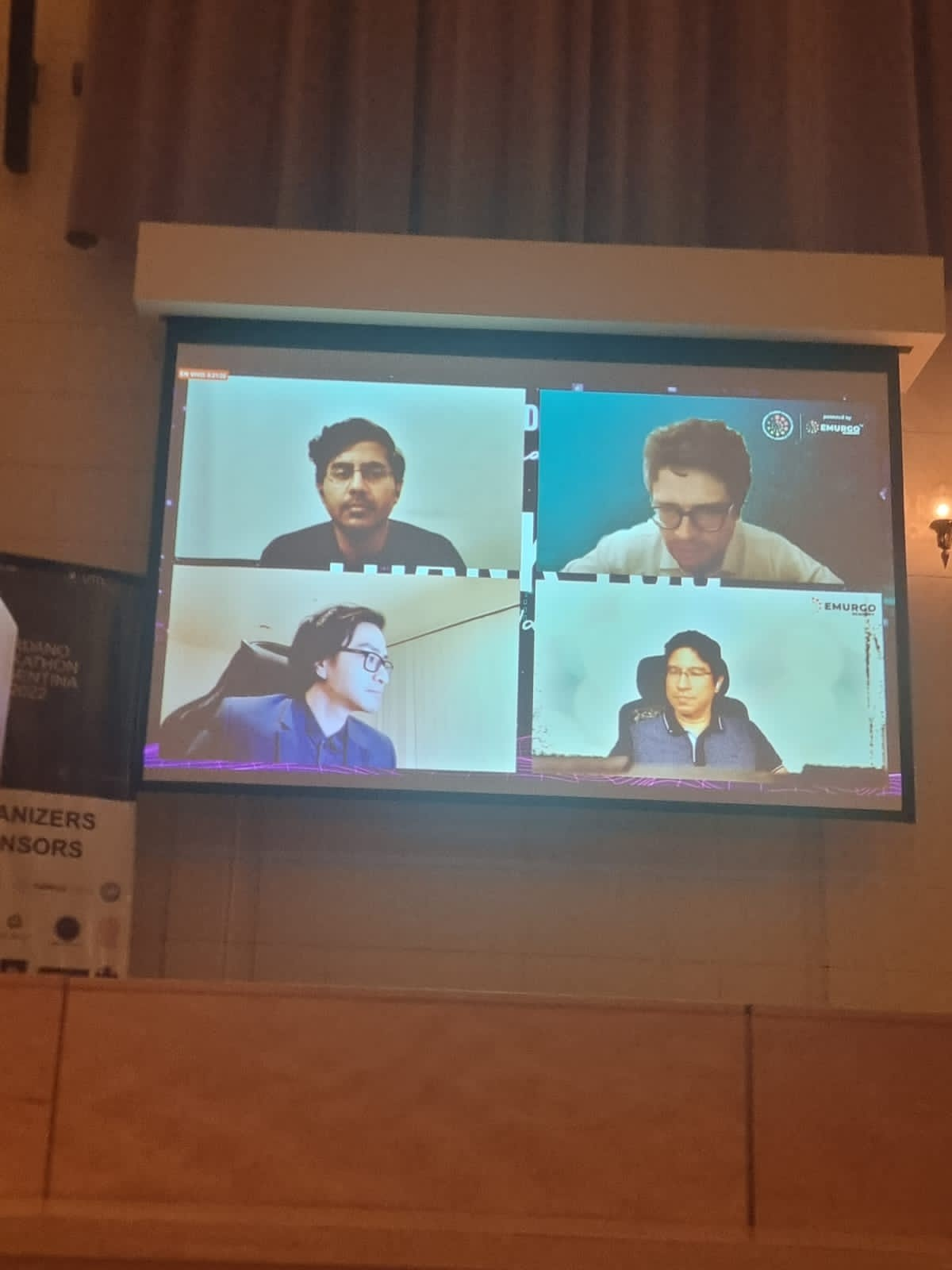 Our sponsorship consisted of three (3) full scholarships of our flagship program “Cardano Developer Professional” for the winning team of the Hackathon. The winning team "HaskellBois", integrated by two Latin American students (here an interview with Ignacio Dopazo, one of its members, days after the end of the event) won two of these scholarships.  The third one was donated to the organizer of the Hackathon and leader of the ADA Solar team, Jose Iadicicco, as we reasoned that this scholarship can contribute greatly to the development of his challenging project.

We hope that the spirit of this type of academic events will spread like wildfire throughout all regions of the world whose students feel within themselves the courageous call to create and innovate.  We, EMURGO Academy, are waiting for you.

This was our presentation at the Cardano Hackathon in Argentina.

Each month we look to have an event on a specific topic that allows our students and the Catalyst community to get first-hand, case-based information delivered directly from Cardano members with an outstanding track record of knowing what they are talking about.  By bringing together speakers with projects and startups from the ecosystem that are recognized in their respective areas of action, this series of talks have proven to be very useful and inspiring for Catalyst members and EMURGO Academy students who are thinking about participating in innovation funds, as well as Academy graduates and active Cardano members whose projects or companies get to connect with the knowledge that, as a result of their experience, the speakers deliver to the attendees.  The live Q&A sessions are the setting that complements the dynamic of absorbing as much knowledge as possible from these thought leaders who have demonstrated their contribution to Cardano as a technology that disrupts the status quo of today's legacy systems.  Attendees come to empathize with the guests to the level of understanding not only the technical details that describe their work, they also come to understand their entrepreneurial struggle and see that the possibilities for creation and innovation are real, the tools to do so exist: seed capital through Catalyst funding, technical guidance through an entire community of creators willing to collaborate with those in difficulty, constant formation of partnerships and collaborations, among other issues. 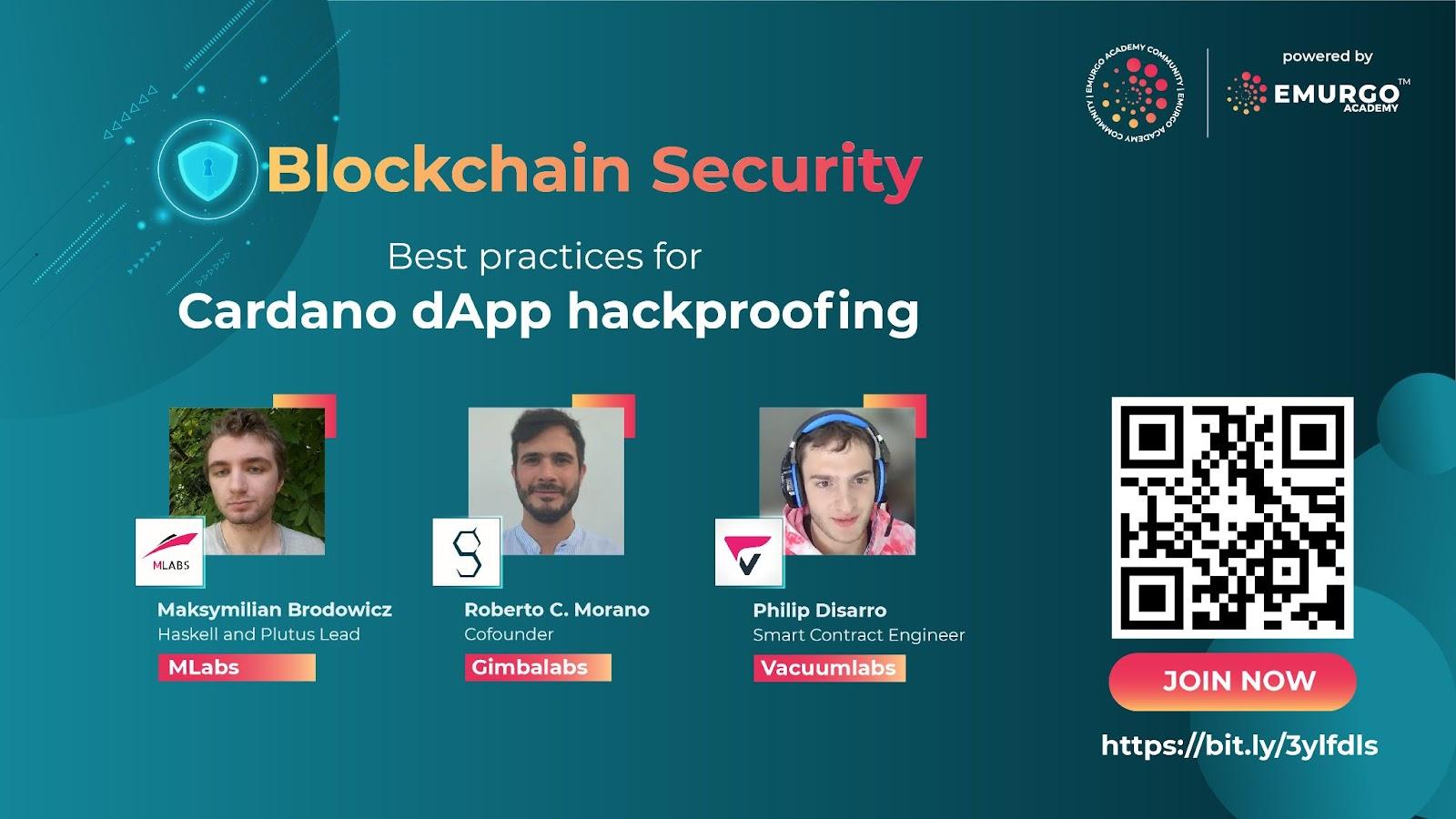 Promotional of our monthly event

It is no secret that many proposers whose ideas are funded, reach the implementation stage without resolving important technical aspects of their proposals.  Participation in this type of events (fortunately in the ecosystem we have a wide range of accessible academic events like this one) can offer unexpected solutions or at least the beginning of a clearer path forward.  Speaking specifically about EMURGO Academy's monthly events, one thing we can assure you: our guests do not reserve anything for themselves. A combination of generosity on their part and persistence on ours means that the juice of their knowledge and experience is squeezed out to the last drop (of course, the juice that is possible to pack into 2-hour bottles). 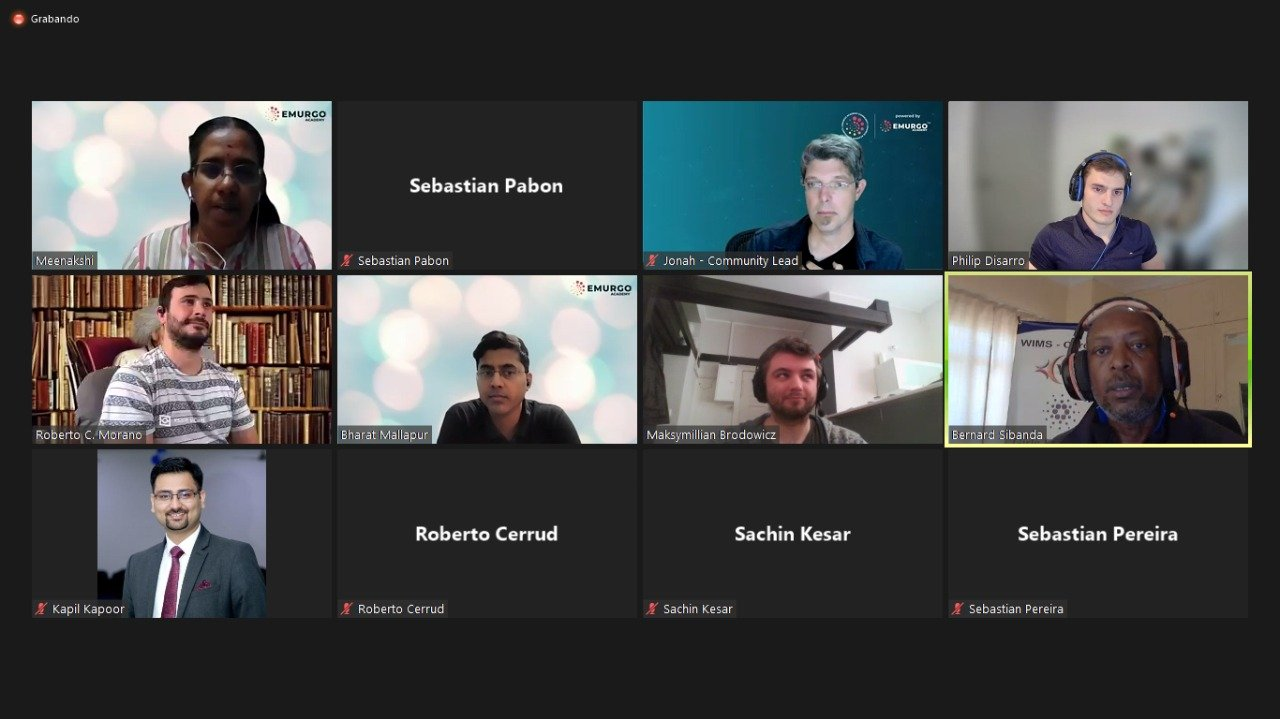 During the event: Maksimilian, Roberto and Philip answering questions from Bernard Sibarda,

CEO of the project WIMS - educating girls in Africa, attending the event.

Here you can find the recording of the event with Maksimilian, Roberto and Philip. 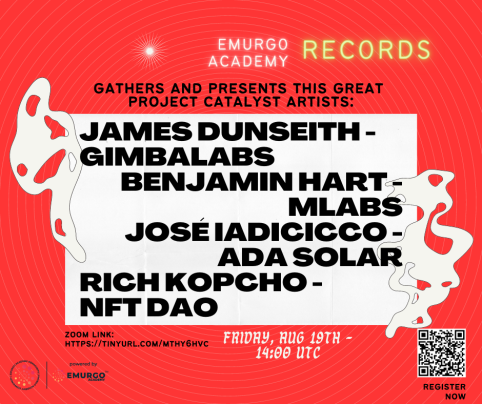 Here you can find a recording of a panel discussion we held last month with four outstanding and respected Catalyst entrepreneurs, which we called, "What next after getting funded in Project Catalyst Fund9?"

Bye bye Fund9, see you the next month Fund10.

Last Monday, September 19th at exactly 16:00 UTC the Project Catalyst Fund9 voting period came to an end.  Activities such as publication of results; distribution of rewards to PAs, vPAs and voters; onboarding of new Fund9 funded proposers are still on the to-do list, however, the close of voting marks the end of the competition. 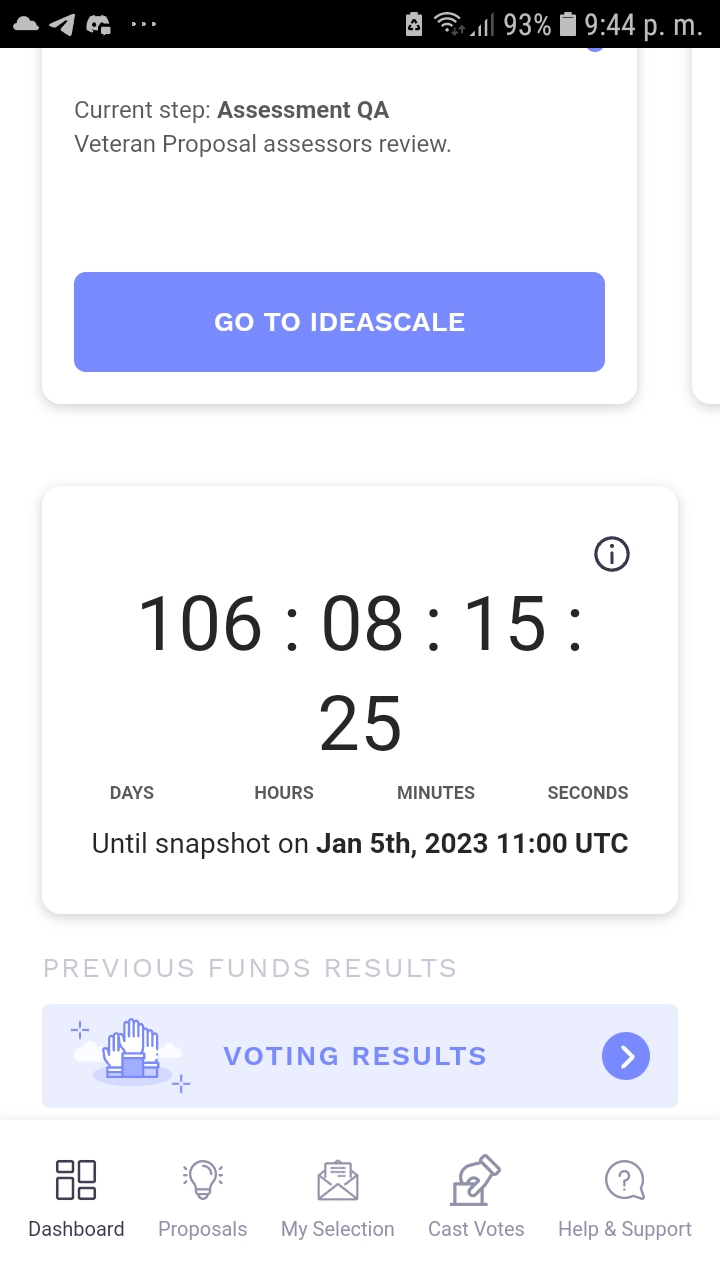 As an aspiring proposer, there is nothing else to do but wait for the results. Once the results are published, satisfaction and hard work for some (harder than usual given the increased quality levels of the monthly reports and the gradual formation of audit groups, all to avoid embarrassing incidents like this one), disappointment for others, a disappointment that lends itself to reflection during the two-week cooling off period, necessary to recharge batteries and start all over again, in a clean slate that takes care of the disappearance of personal promises of no longer participating in Catalyst funds given the unfavorable results of the previous fund.  As humans, our instinct for opportunity is stronger than ourselves, making participating in a new round something that screams from within. 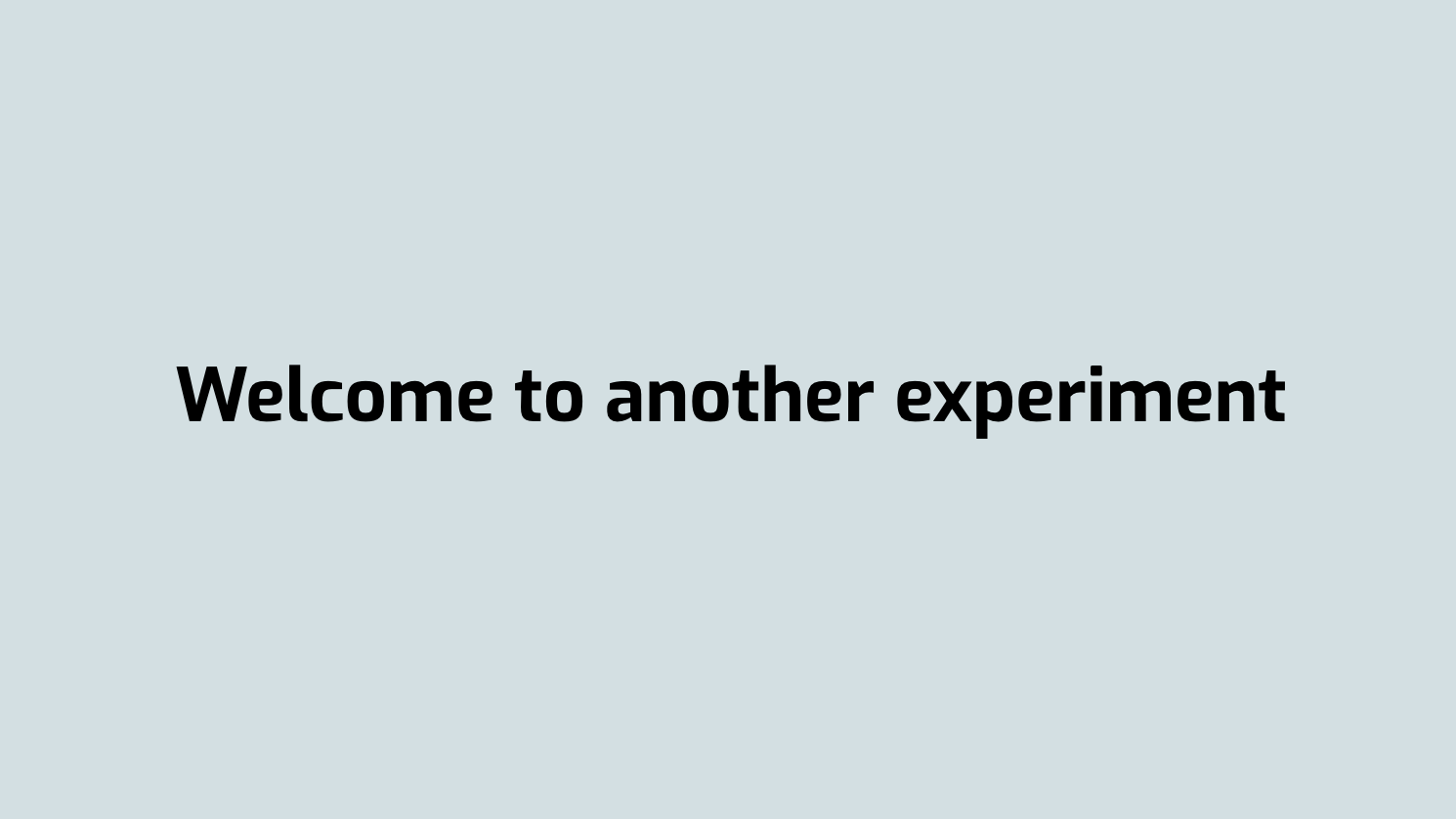 The more time you spend at Catalyst, the more you get to know and understand the details of the dynamics that take place there.  With that progressive understanding, two truths begin to take shape: 1) you can't get a different result by doing the same thing over and over again; 2) Catalyst is an ecosystem that tends to fill the plates of its stubborn members.  Rethinking a proposal, acquiring new knowledge (EMURGO Academy has fantastic courses), discarding a proposal and starting with a completely new idea, listening and learning from those with experience in the area of interest (our series of conversations with experts, such as those mentioned in the previous section, are an excellent learning exercise), are possibilities to which every non-funded proposer should be open.  In the course of this rethinking, new collaborations begin to emerge, new ideas begin to take shape, new teams begin to form, new opportunities for learning and participation begin to appear almost out of nowhere.  At the least expected moment, without yet having been achieved the success initially desired, the unfunded proposer's weekday hours are no longer enough, although thinking about it can be done with real peace of mind since the family expenses are covered and the professional and personal satisfaction begins to be felt in the skin.  Then, a funded proposal. The medal on the chest.  But it no longer feels the same, or at least not as expected.  More work on top of the work already being done: the plate is completely full.

The end of one cycle is the beginning of another. In Catalyst, that's a virtue and it's also a curse.  In any case, no one ever said that the job of making the world a better place was a simple one. If it were, anyone would do it.

There is no doubt about the wealth of people in the Catalyst ecosystem that one can be fortunate enough to meet each week at the various community events.  One of those events is the Swarm's After the Town Hall (which as the name suggests, takes place right after the weekly Town Hall on Wednesdays) and one of those people is Dzhuliana Nikolova, co-founder and CTO of OneUpOneDown, highly scalable AI mentor matching platform and framework that connects women from all over the world with their perfect match. 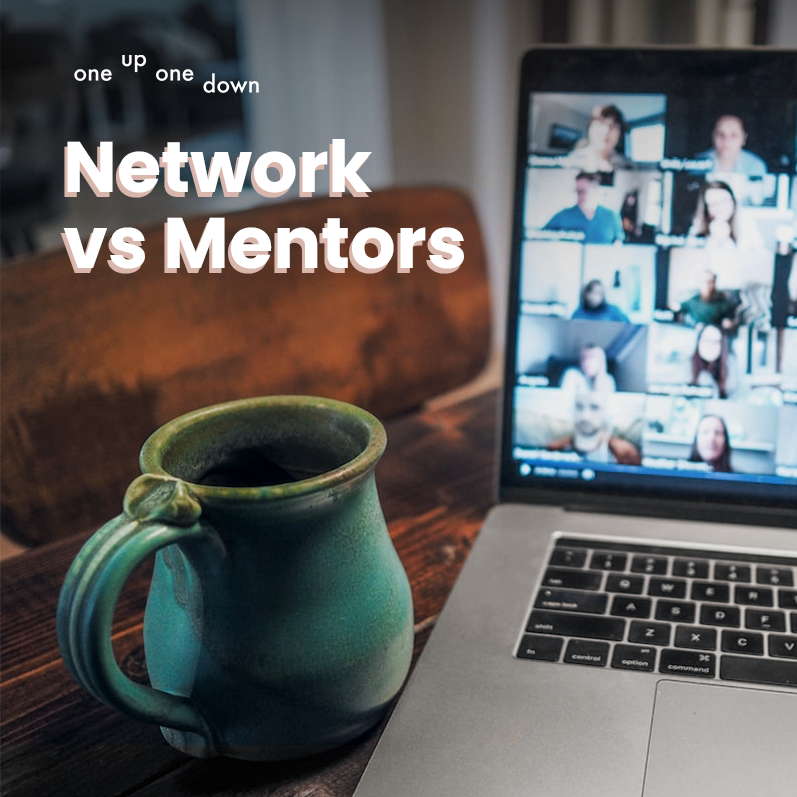 Each week, Dzhuliana leads one of the breakout rooms set up to address a variety of topics.  The name of her breakout room is Catalyst Cardano Women, an initiative whose objective is to "give women the confidence to take action and participate to their full potential within Catalyst, where they might otherwise have remained as an observer".  An interesting and extremely disturbing statistic stands out in the information provided on the Catalyst Cardano Women web page: less than 5% of Cardano are women. A simple statistic that in itself provides complete validity to her weekly work in the Swarm. 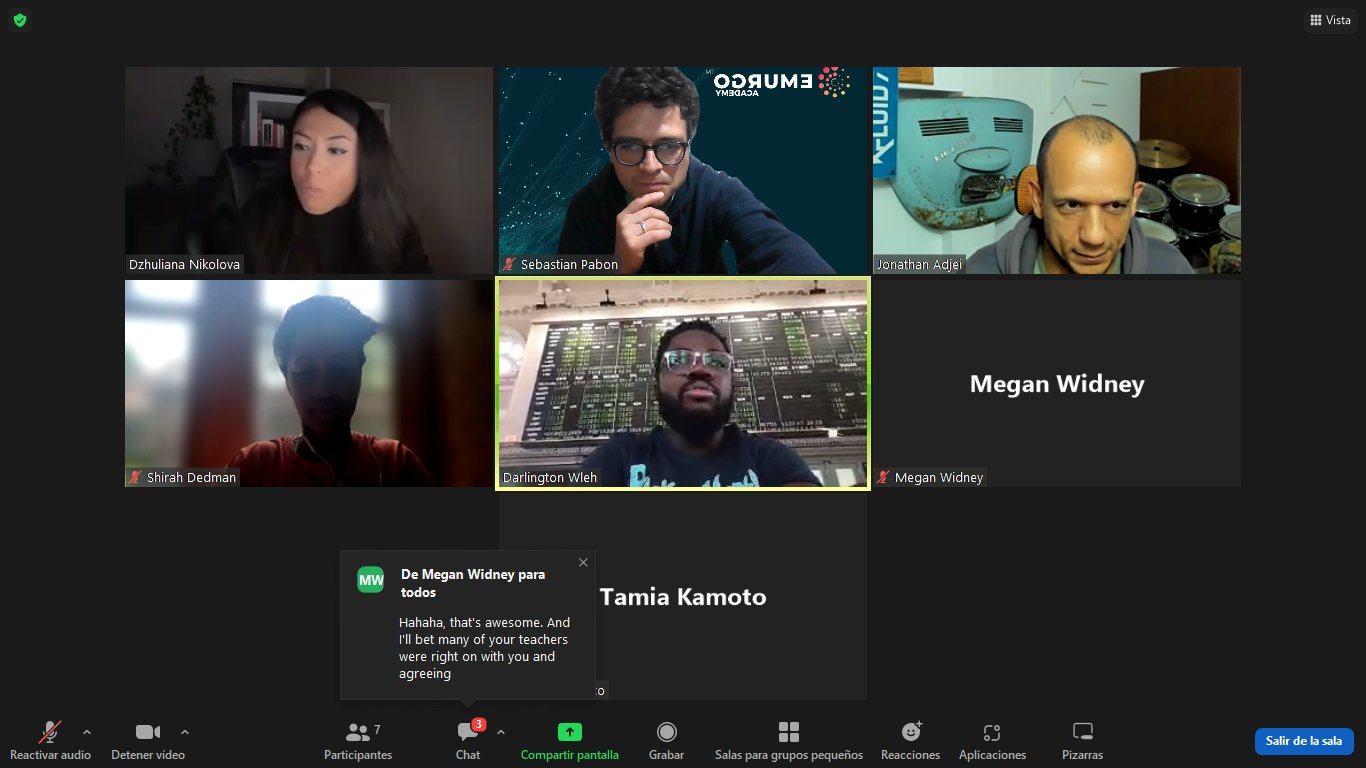 Our latest conversation revolved around education and how a completely broken education system globally is finding a new dawn in the decentralized environment in which we find ourselves.  Diverse opinions from diverse people from diverse walks of life come together in this space to explore the possibilities of a world ready to be astutely discussed.

Dzhuliana has done an exquisite job in this space, which welcomes women and men (it is not a space exclusively for women) willing to prioritize equality in their discourse and, above all, to act in favor of achieving it.

It is not unusual to hear me repeat the same thing over and over again: participating in this type of activities is extremely important.  There, new ideas, new collaborations, new teams, new ways of looking at a problem, new opportunities are born.

EMURGO Academy around the world.

Understanding is the step prior to connecting. The whole picture becomes clearer when you listen to different cultures from different parts of the world.   Common threads begin to emerge. A plan of action begins to take shape. 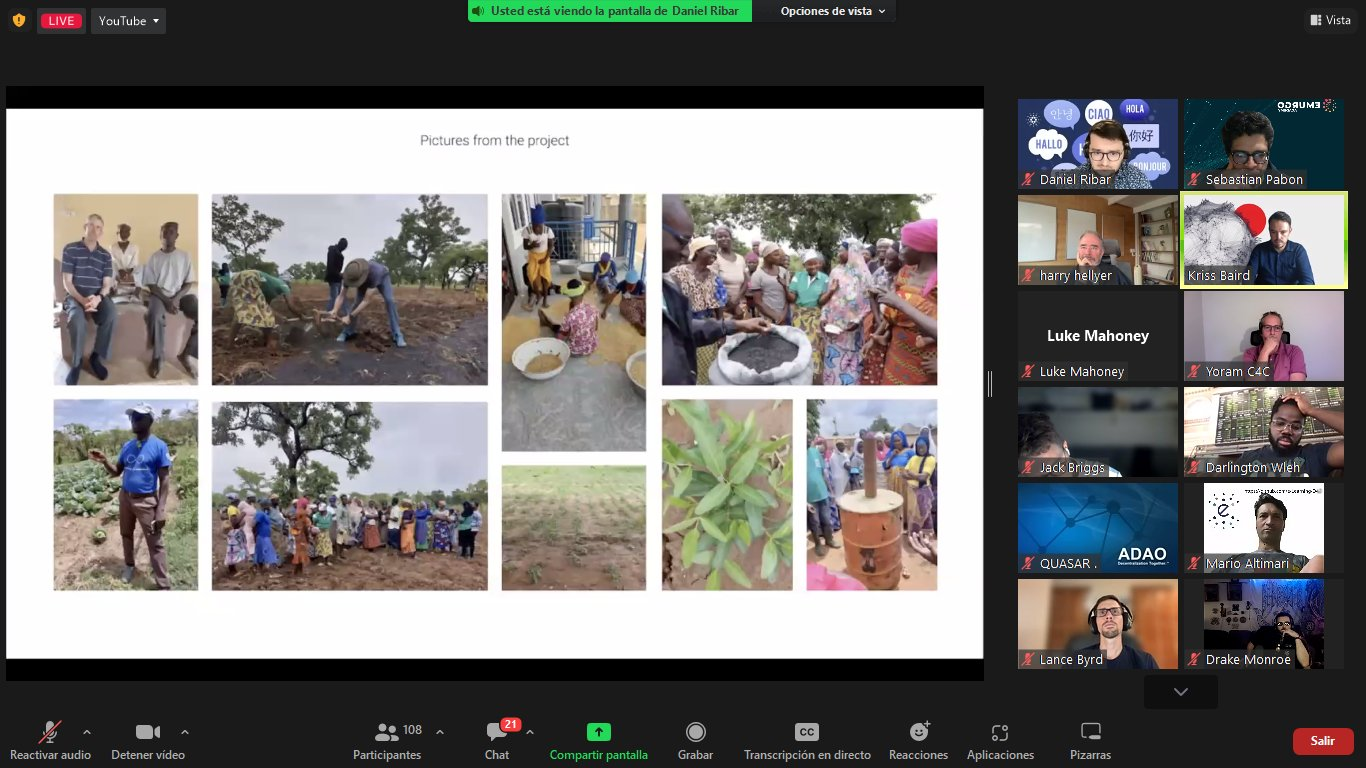 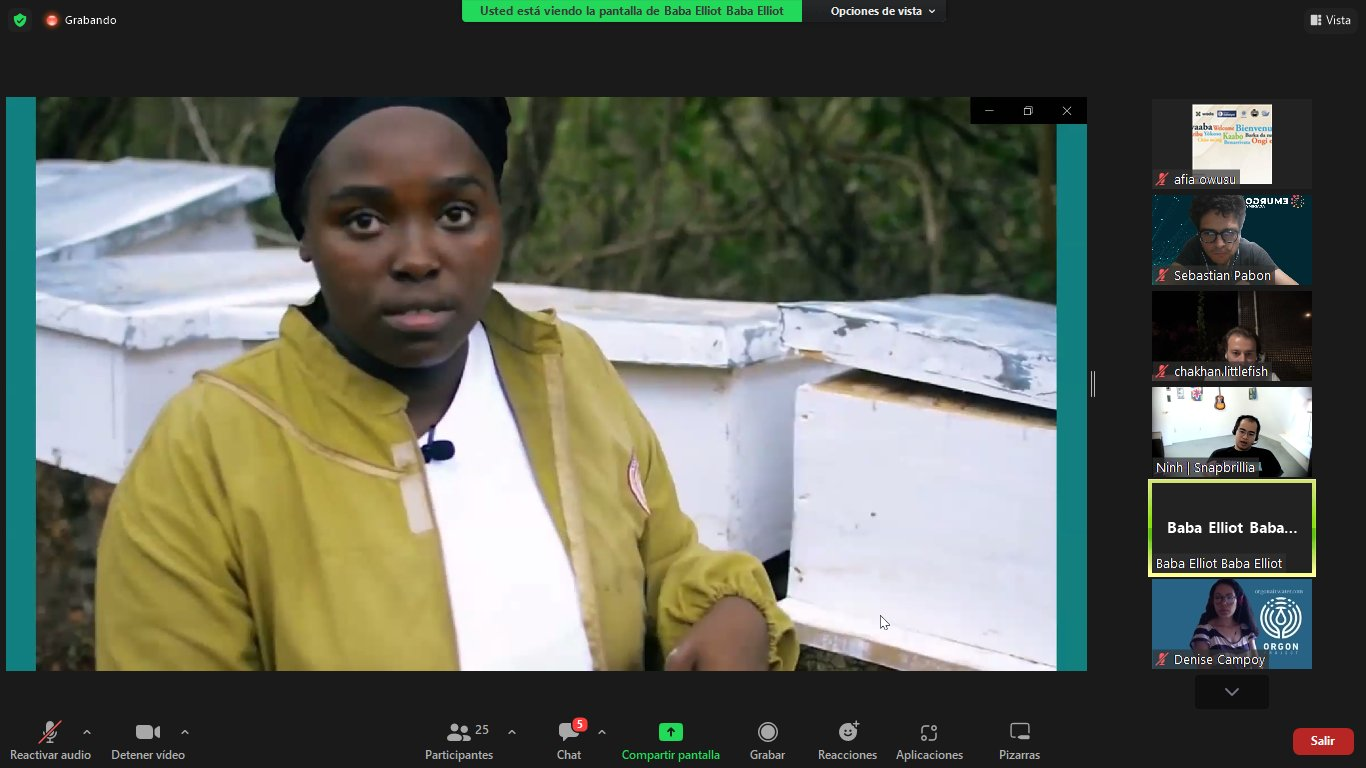 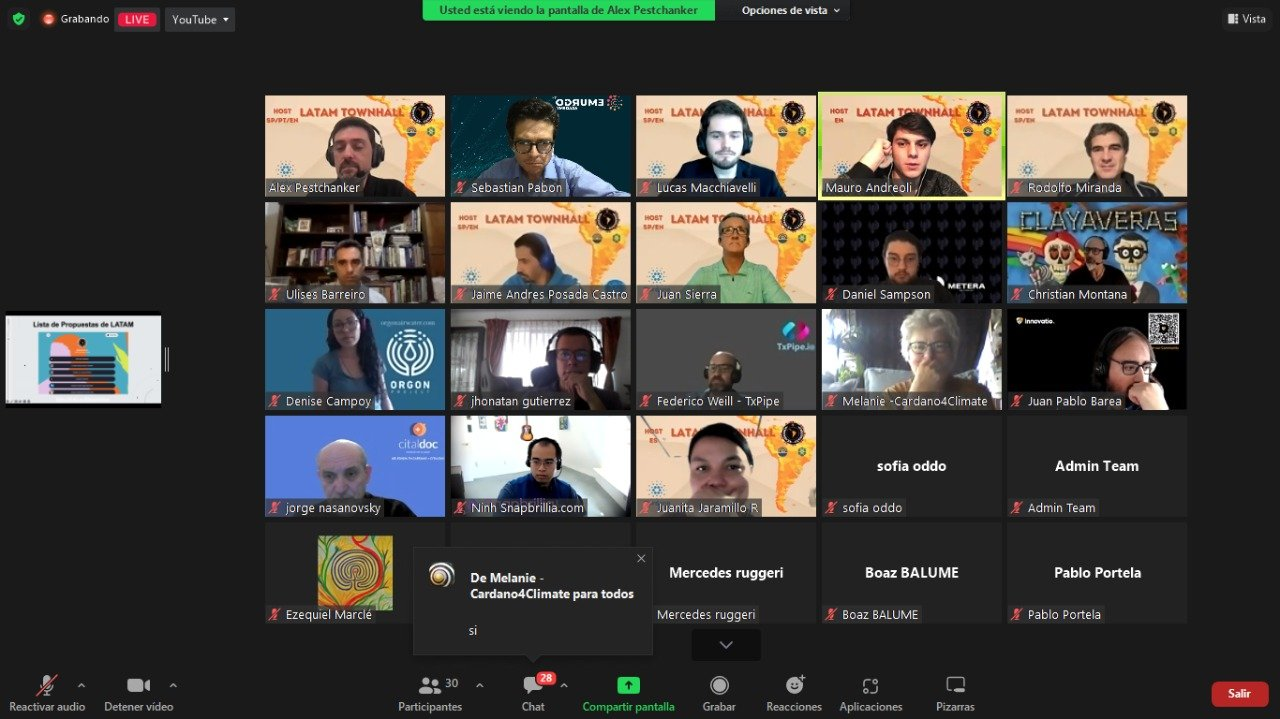 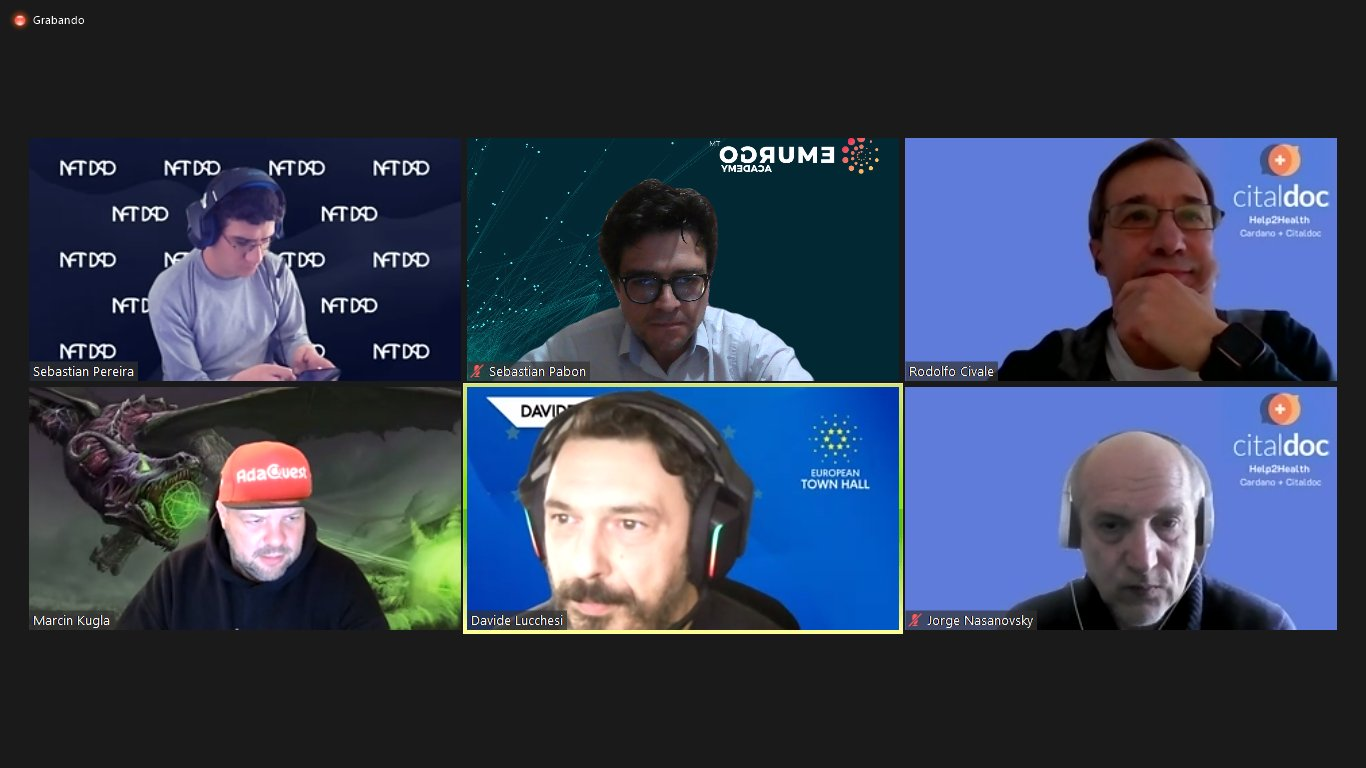 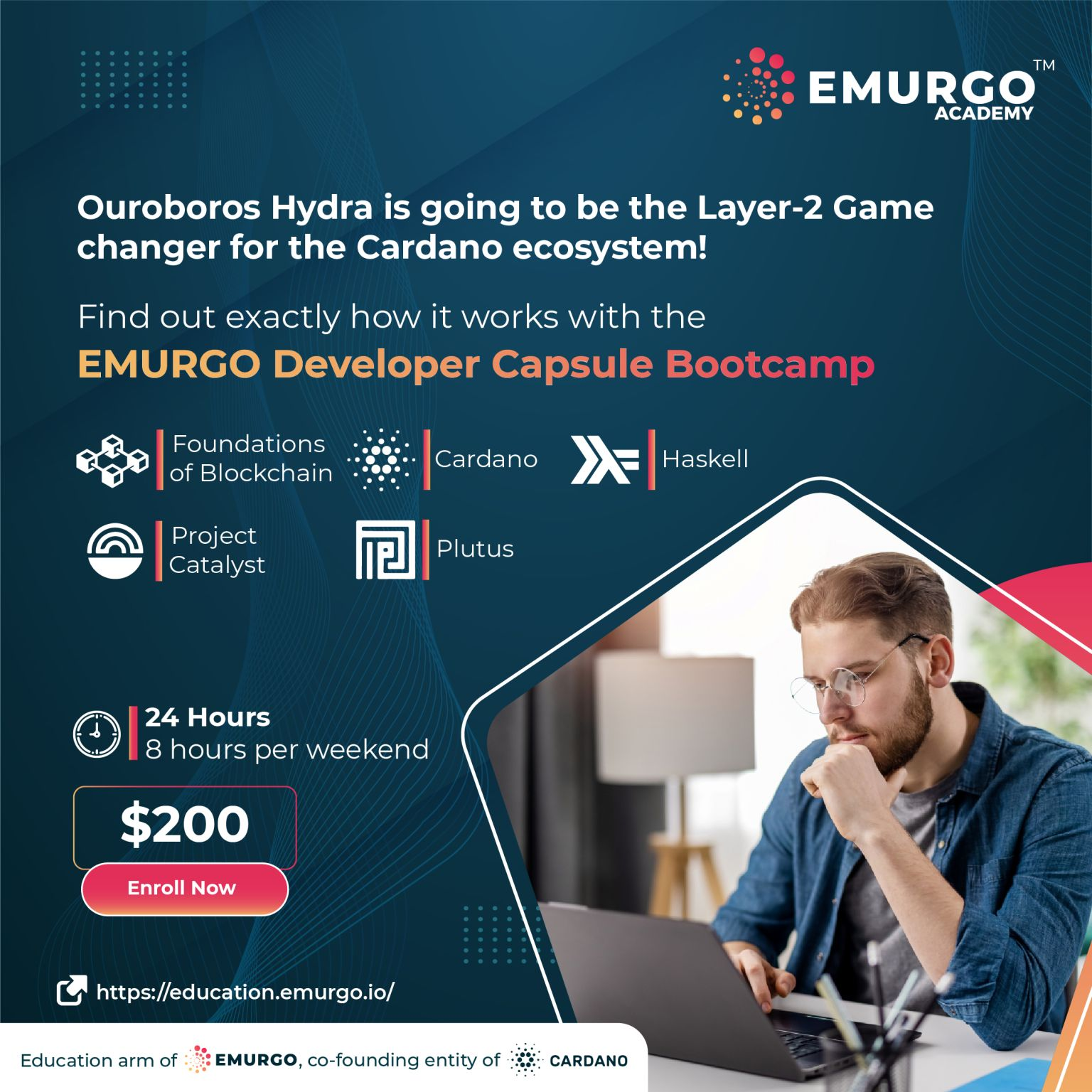 ✨Join the live online Bootcamp by industry practitioners designed to give you a comprehensive overview of Blockchain, Cardano, Haskell, Plutus, and Project Catalyst.

🔗Enroll now via this link: https://forms.gle/sBVGC9oLXjTHgYUu6 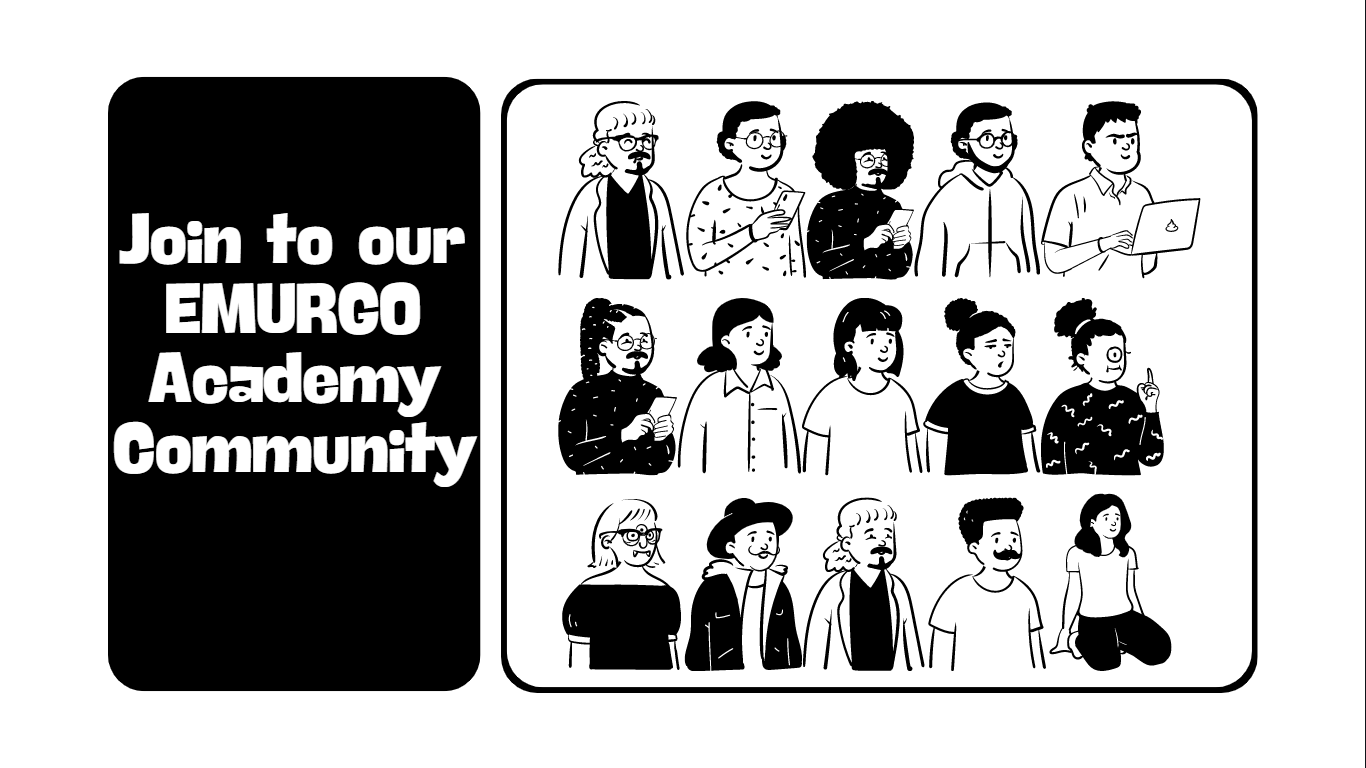 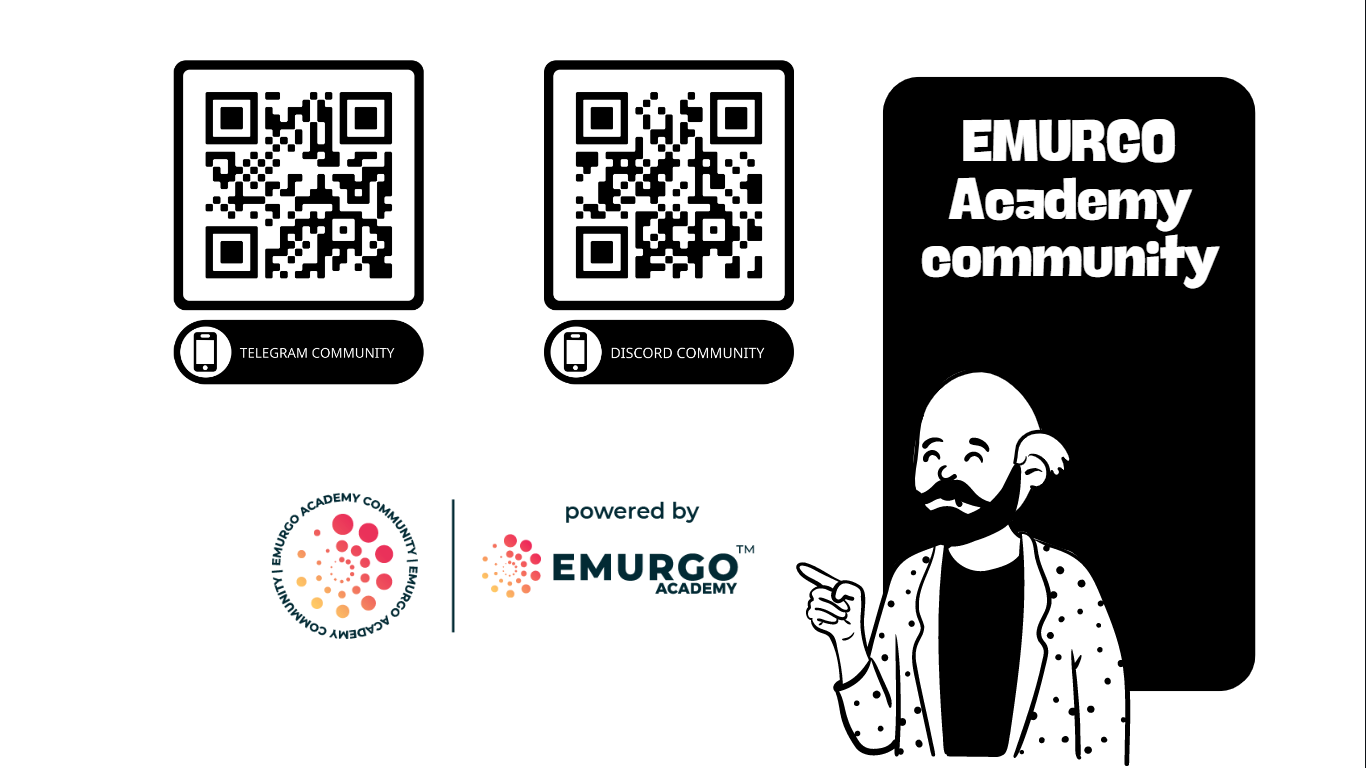 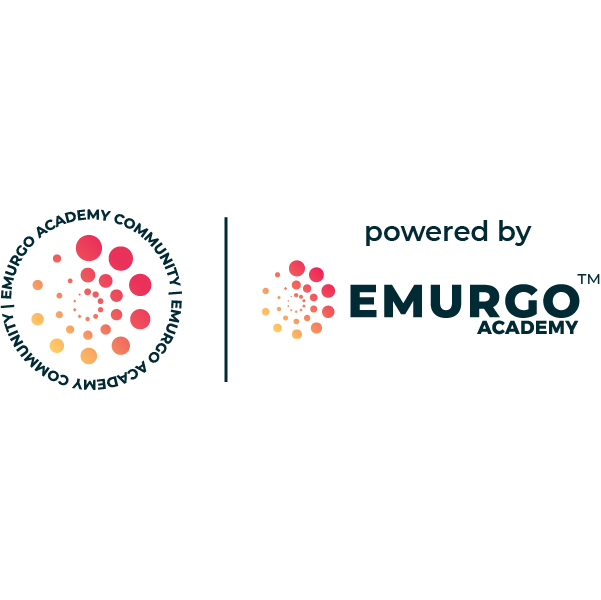