What IOG has delivered for Cardano. Byron: the foundation of Cardano

Cardano’s development is guided by a methodical, research-based, and deliberate approach to innovation. Over five development phases, IOG introduced innovations, new functionality, and novel features, with each phase building upon the previous phase's achievements

Chapter 1. Byron: the foundation of Cardano

The story of Cardano began in 2015, with a vision of addressing the three strategic challenges facing all blockchain networks: scalability, sustainability, and interoperability. Two years, thousands of GitHub commits, and hundreds of hours of study later, the first version of Cardano – Cardano Byron – shipped in September 2017.

Byron allowed users to buy and sell the ada cryptocurrency – so named after the revolutionary mathematician Ada Lovelace – on a federated network running the groundbreaking Ouroboros consensus protocol. The heart of the Cardano network, Ouroboros is the first proof-of-stake protocol based on academic, peer-reviewed research, with a mathematically-proven level of security.

The Byron reboot updated multiple components of the Cardano network, including the Cardano node, the Cardano explorer, and the wallet backend, and also delivered Daedalus, IOG’s official desktop wallet. Yoroi, a light wallet from EMURGO built on original development work from IOG and designed for quick transactions and day-to-day use, was also delivered. To track the history of ada transactions, Byron included a Block Explorer – a tool specifically designed for browsing chain activity. 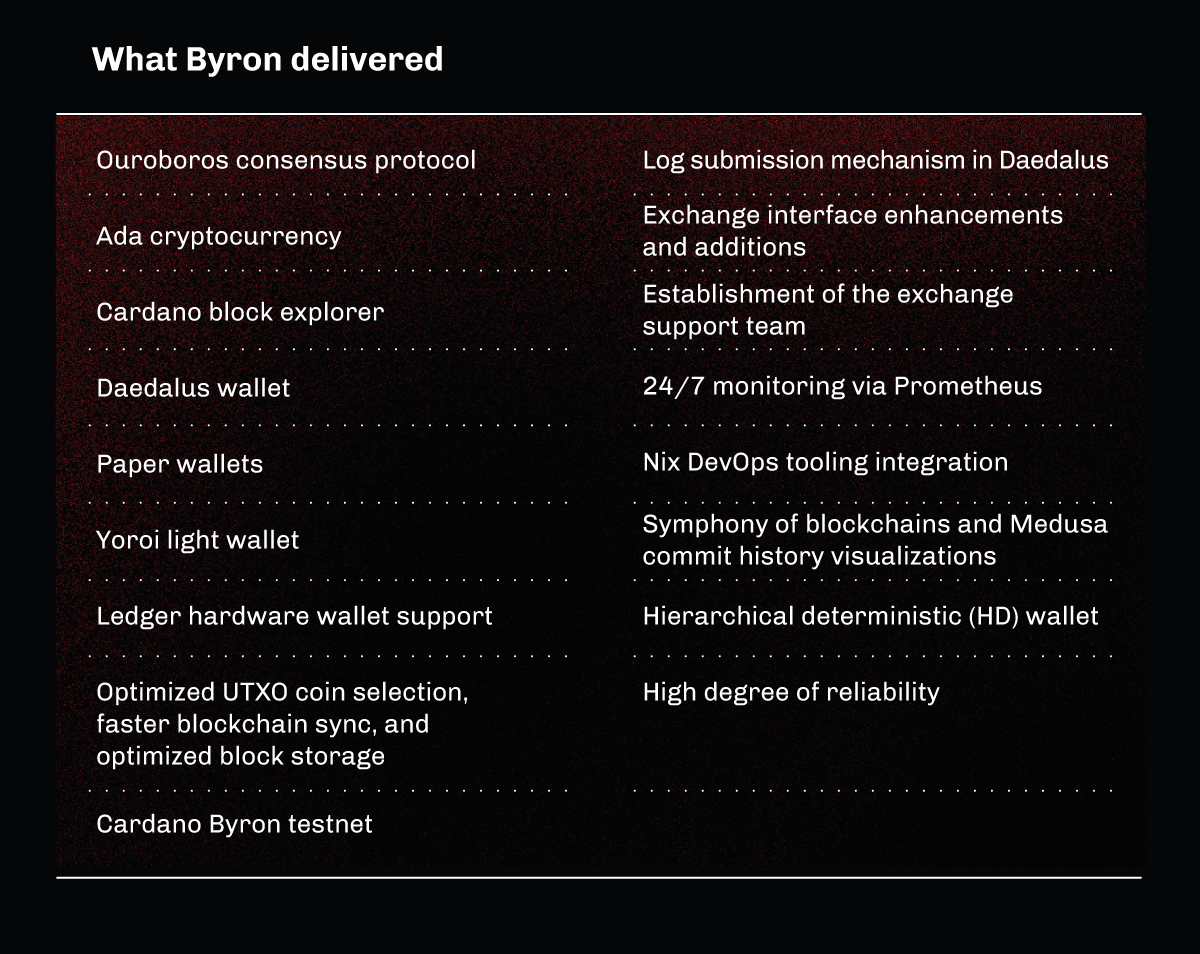 As much as Byron was about the first crucial technology development, it was also about building a community and getting people involved in creating the blockchain of the future. It allowed Cardano to grow from a small group of enthusiasts to a global community, with ada hosted on more than 30 cryptocurrency exchanges.